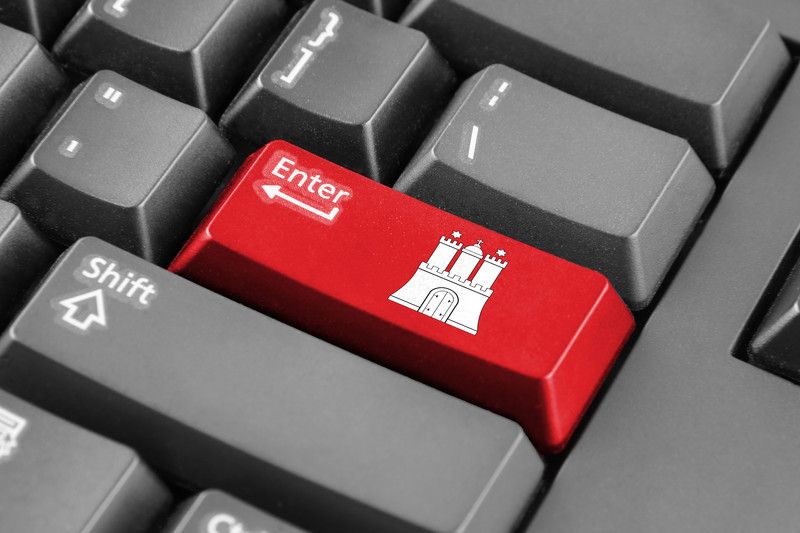 The Free and Hanseatic City of Hamburg will implement Eurocommand’s operational support system CommandX as an integrated, coordinated all-in-one solution for police and fire departments, across all hierarchical levels.

CommandX clearly prevailed against the competition in a two-day presentation at Hamburg’s municipal fire department, during which various application scenarios had to be processed.

CommandX convinced the customer and clearly prevailed because of the following unique characteristics, among others:

- CommandX was developed using the newest Microsoft .Net framework/WPF as a pure 64-bit standard software. It is currently the most modern system on the market.

-Because of the complete integration of the ArcGIS Engine (for geo data infrastructure), CommandX is currently the only system with a bidirectional, 32-bit and 64-bit interface to the ArcGIS server and the Esri Portal. This allows map material and all GIS layers to be accessed live and in both directions between the systems.

-The current SDK by SMART Technologies, used for controlling interactive systems, is fully integrated in CommandX.

-Eurocommand is an Esri EDN (developer-) and Silver Partner – on this bais, the systems are continually developed using mutual coordination.

Eurocommand was awarded the general contractor agreement for all three project areas. The initial acquisition amounts to more than 720 licenses, 40 interactive SMARTboards, and video and media technology for 25 locations. The system will be extended further in the future.

Several workspaces at the emergency rescue command center, all workspaces at the technical command center, all command units, command vehicles of all levels up to the highest command, environment units, ABC detectors, major emergency commanders, the first support fire engines at all municipal fire departments, all of the municipal fire department‘s small fire engines, and the first group fire fighting unit at all volunteer fire stations will be equipped with CommandX. To avoid double data storage, all relevant operational data will be continually transmitted to CommandX from the operational command system HELS via a RESTful-Service. A shared communication server will ensure data transfer between the sites and the mobile units. The evaluation of vehicle information will take place via a direct connection to the TETRA grid.

The Hamburg police command posts will additionally be equipped with the most modern video and image control systems. For this purpose, modern video screens will be installed in the field offices and command locations to visualize data, plans, and video recordings. Using the installed media control technology, a range of sources from computers, laptops, or other image/video sources can be flexibly shown on the video screen. Furthermore, all field offices and command locations will be linked to allow for simultaneous live image transmission to all locations. Eurocommand places special emphasis on intuitive and simple usability, realised via mondern touchscreens with intuitive and self-explanatory user surfaces. The advantage of this solution is that the systems are easy to use without training or practice. SMART will contribute hardware including 40 type Kapp IQ 75 units – they are half whiteboard, half Ultra HD display – the most modern SMART product with 4k resolution. Additionally, two Bridget servers will guarantee the connection among the units.

In the future, CommandX will be used during all major operations occurring in Hamburg: First during the international football match Hamburg-Czech Republic in October, and also during the upcoming OSCE meeting and the G20 summit next summer.

Choose Eurocommand and our strong partners